You can make your own game engine from scratch. Typically, that is not a good decision. Larger companies can afford the time and money to put into creating their own game engines. You, as an indie game dev, most likely do not have enough spare time or money to spend creating a game engine. Not to mention, that there is most likely a good game engine for you to use already available. In recent years, a lot of larger publishers have switched from custom game engines to purchasing game engines because of the support and cross compatibility with consoles and new employees coming in already experienced with the engine.

Make Your Own Game Engine

In recent years, a lot of larger publishers have switched from custom game engines to purchasing game engines because of the support and cross compatibility with consoles and new employees coming in already experienced with the engine. Besides being cost effective, if you make your own game engine, you don’t have a large community of networking support, which means your game engine probably has a lot of bugs and lacks finesse. Seriously, don’t make your own.

Seriously, don’t make your own game engine. Unless, of course, you want to as part of your hobby or a bucket list item or something. In those cases, go for it.

The second way to make your own games with game engines is to use a game engine that requires programming knowledge. There are plenty of game engines that use programming skills. It’s just a matter of which engine you feel most comfortable with using and what language you know.

Here are the top 5 Game Engines that Require Programming Knowledge:

You can create any 2D or 3D game with Unity. You can make it with ease, you can make it highly-optimized and beautiful, and you can deploy it with a click to more platforms than you have fingers and toes. What’s more, you can use Unity’s integrated services to speed up your development process, optimize your game, connect with an audience, and achieve success.

Check out why Eimear Studios uses Unity for their game development.

There are no shortcuts to creating immersive experiences that are believable to the human mind. VR requires complex scenes rendered at very high framerates. Because Unreal Engine is designed for demanding applications such as AAA games, filmmaking, and photoreal visualization, it meets these requirements and provides a solid foundation to build content on all VR platforms – from PC to console to mobile.

With CRYENGINE, they have a simple goal: to create the most powerful game engine in the industry and to give creators all across the globe the tools to harness this power to create world-class gaming experiences, no matter their budget or team size.

Torque 3D is the best full source, open source solution available. It is also Garage Studios’ flagship engine built on the core strengths of their Front Line Award-winning Torque Game Engine Advanced. The game engine has been re-architected for maximum flexibility and performance across a wide range of hardware. Torque 3D comes equipped with a full suite of tools to allow your team to excel and produce high-quality games and simulations. It supports Windows and Browser-based web deployment out of the box.

You can code your Phaser games in JavaScript or EngineScript and they have Getting Started guides for both. If you”re coming from Flash / AS3 then we’d recommend giving EngineScript a try. Otherwise, stick with JavaScript.

The final way to make your own video games is with WYSIWYG game engines. WYSIWYG stands for What You See Is What You Get. Basically, those Engines of game engines are more of the drag and drop your game assets into your levels and assign events to them. It’s a little more complicated than that, but not by a lot. With a couple of tutorials and a little practice, you’ll be making games in no time.

WYSIWYG game engines are nice because you can create games and protoEngines much faster. Games that aren’t complex like MMO’s and most 3D games are great to make with these game engines.

Construct 3 is a powerful groundbreaking HTML5 game creator designed specifically for 2D games. It allows anyone to build games. No coding required! With a quick and easy to grasp Ribbon interface, you have clear access to a wide set of tools that allows anyone to jump into game creation with little to no prior game development knowledge. The Layout Editor provides a what-you-see-is-what-you-get visual interface to design your levels. Within minutes or hours, you can have a working proto engine that you can share with friends to play.

GameMaker has everything you need to take your idea from concept to finished game. With no barriers to entry and powerful functionality, GameMaker Studio 2 is the ultimate 2D development environment!

Ever dream of making your own video games? With RPG Maker, those dreams can become a reality, even if you know nothing about game programming! All it takes is a combination of your imagination and dedication, and our software. Imagine your friends playing as the heroes you created, traversing dungeons you crafted, and thwarting the evil plans your villains hatched. 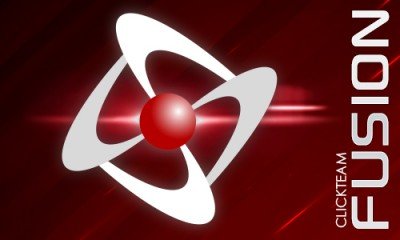 Game and software creation has never been easier or quicker than with Clickteam Fusion 2.5! With Fusion 2.5’s amazing event editor system, you are able to quickly generate games or apps. Within your first hour, you will have learned the basics of the tool. Compile a windows app with a mouse click, or target additional platforms like iOS, Android, Flash and XNA (Windows Mobile phone and Xbox) with the purchase of the optional exporters.

Game creation for everyone™

There are so many game engines available both free and paid. There is bound to be a game engine for you.

No matter which way you choose to make your game, remember that you still need to create or buy your game assets and come up with the actual game concept. Making a video game is a lot of work, sometimes with very little financial reward, but stick to it. Stay motivate and be proud of what you created and work towards creating an even better game every time.

So what is your favorite game engine? Tell us in the comments!

Subscribe to #YGD email list. Receive updates, game dev news, tutorials and much more… all to help you make your video game.

Check this out for info on making Tabletop Games!