7 Tips for Marketing & Promoting Your Game

Many indie game developers have very little, or no budget when starting out. Indie game devs typically can’t afford to hire an agency to handle the marketing of their indie game.

The marketing and promotion of your game are important. They are quite possibly the most important parts of your game development process. You’ve seen, played and bought games that were advertised as amazing blockbusters, and then turned out to be garbage. But why were they so successful? They had marketing during the game’s development all the way through its launch.

If you can afford it, you should definitely hire a marketing team to help you out. This will allow your game to be more likely to be successful and allow you to devote all of your time towards the game development. But, it’s probably a good assumption that you didn’t win the lottery and go into game development with yourself already financed. And that’s okay since that’s how most indie game developers start out.

Below is a list of 7, with explanations below, to help you promote your game yourself. Just take about an hour of your day, and devote it to this marketing. You’ll get some fans, start a conversation about your game and hopefully lead to your game be a success in the marketplace when it’s launched.

7 Tips to Market Your Game

You have a story to tell. You weren’t born a game developer, you decided to become an indie game developer, hopefully of your own free will. If it wasn’t your free will of choice, maybe write about that. I’m sure it’s an interesting story.

Talk about it. Let the press know. They love stories like that. It gives hope to other game devs and creates a bond between you and your fans. If you don’t have the funding to own a website, you can start a free website with Blogger, WordPress or Wix.

Show your uniqueness off and share with the world how interesting you are.

That’s right kiddos. You should at least have a Facebook, Twitter and Google+ account. People have their faces staring at their phones for a very large portion of their day. Why? Because they want to see what everyone else is doing. You need to start being social, at least on the internet.

In general, you will use Facebook as a platform to update daily. Basically, you create a Page for your game or studio (or both) and write a single post with a picture every day. You can share a post on your blog, share a screenshot of your gameplay, share a video of your gameplay or maybe a selfie of you working at the office. Whatever you want. Just post something to hopefully gain some fans and start a conversation with them.

Don’t have any fans? Invite your friends (and co-workers if you have a day job) to like your page. If you don’t have any friends, go make some at a Meetup.

Basically, Twitter is a place to sort of speak your mind. So, you can use Twitter to update hourly office photos, add gif animations of your WIP, and start a discussion about the game you’re working on. Maybe you will be attending an expo and need directions. Start a conversation about finding your hotel and maybe it will present the opportunity to talk about your game or studio. Maybe, you’ll make a new friend to network with.

Talk as much or as little as you want on Twitter. However, do try to be civil.

Google+ is not much of an actual social network in the United States, but it is a place for you to share your blog posts. This creates linkbacks to your blog content and is good for SEO (Search Engine Optimization) since it is Google’s.

This is where the professionals hang out. When you write a post about game development or your game, share it on your LinkedIn feed. Just follow the instructions to create your LinkedIn account and fill it out as best you can.

Make sure to add your website link to create another backlink. Join any indie developer or indie game fan group pages. Talk to other people in those groups and hopefully you’ll create some new networking pals and fans of your game.

These are social sites to share photos and images.

With Instagram, you can update with photos of yourself working, going on trips to game expos, hanging out with other game dev friends or whatever. Posting images of you having a good time with life allows your fans to see that you are a cool guy or gal to support. It also creates the wanting of people to meet you. This sense of mystery kind of turns you into a small celebrity.

Pinterest is more for posting pictures of your concept art, any infographics you create, image tutorials or whatever. Pinterest isn’t just for bored housewives and hipster crafters. Professionals use it for marketing. So, you should too. This is also a Google program, so adding a link back to your site on your images would help your SEO, too.

This is where you can create a video blog, screen captures of your gameplay, video promos of your game, a commercial of your game or whatever else you want to post. You can have multiple YouTube accounts, too. Maybe a personal one, and one just for your indie studio. And, once again, Google owns YouTube. So, fill out the description of your video with keywords about your game and a link or two back to your website to help with your SEO.

So, if you don’t have any social media accounts because you think you are somehow fighting “the man” by not using one, you are missing out and should get one. The only thing you are doing in your fight against “the man” is hurting your fan rating.

Just remember, if no one knows you and your game exist, no one will buy or play it, either. 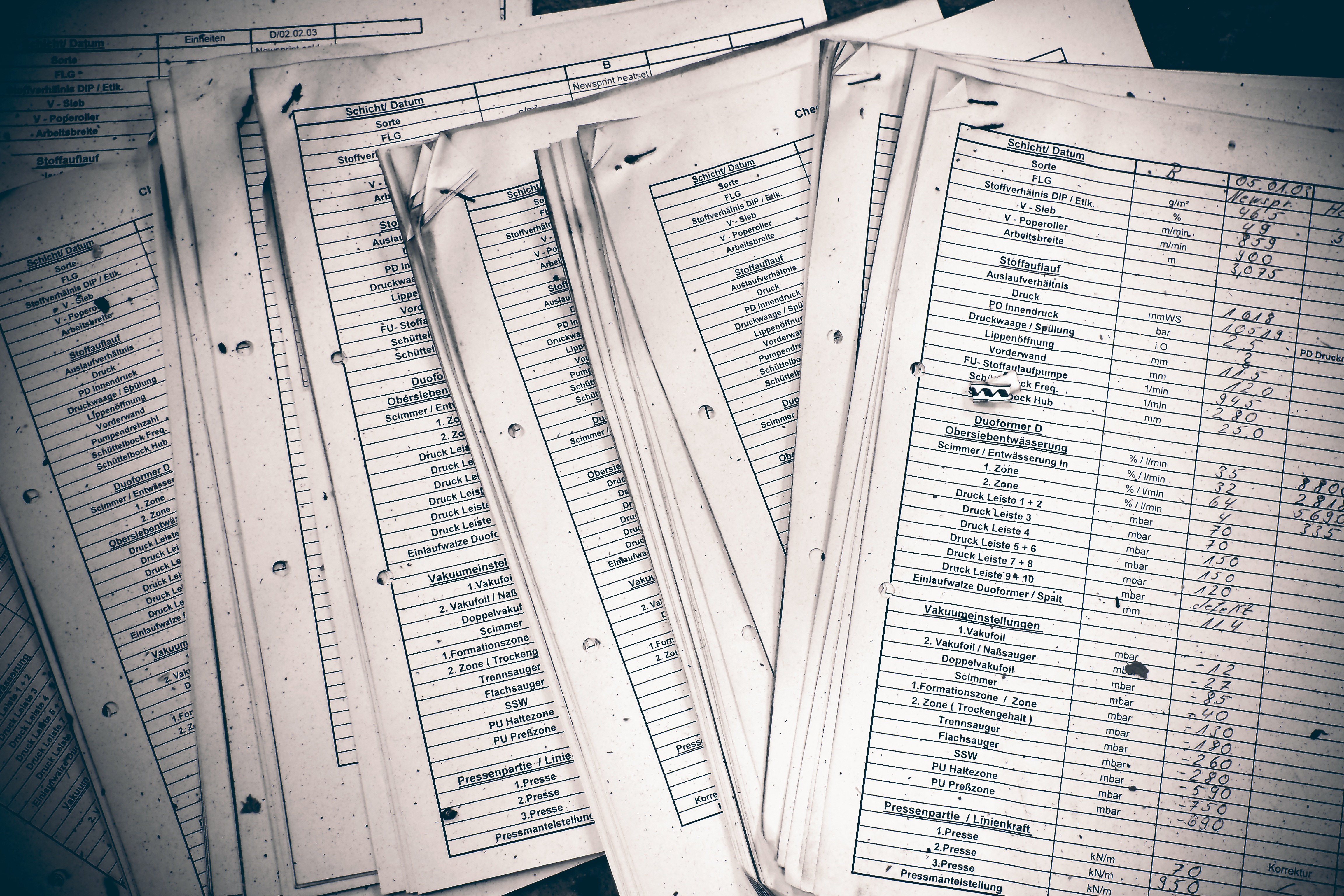 Marketing agencies have lists of 1,000s of journalists and media companies. You probably do not. So, start Google searching for indie gaming blogs, podcasts, YouTube Channels or any other news media outlets. Your local newspaper or news channel would be a good contact as well.

When you visit their websites, look for the contact page. Add their contact information to your press list. You should probably do this in Microsoft Excel or Google Sheets so you can easily search for contacts and easily export the data as necessary.

You will need to write a Press Release about you and your game.

Make sure you write the press release to the media outlet you are contacting. If you know the name to whom you are writing, then use it. These little things help your press release stand out from the others. Just remember to keep your PR letter to about a minute or less of reading. When you are done writing it, read it out loud to yourself to make sure it is less than a minute.

It is recommended that you send PRs to quality media outlets first.

Once you’ve identified the media that would be interested in your story (the quality media outlets), aim to get a list of about 20 key journalists that will act as influencers and help you spread the word. Make the email you send to them is personalized, like complimenting their column if you read it. Just remember, it’s better to have strong relationships with five quality media outlets than 100s of strangers’ email addresses.

Your game development timeline will have key moments when something big happens.

We Have a Listing of Game Press Media Outlets and other resources to help get your game marketing started.

The best way to get your milestones in order and keep track of your development is your Game Doc.

Learn more about Game Docs and the Game Development Cycle

5. Serve Your Game to the Press

The press contacts that you are emailing receive tons of emails every day from other game developers trying to get their game out there, too. You need to stand out and also not irritate the press. It’s quite the balance scale, but a lot of it should be common sense.

Don’t make it hard for them to review or write about your game.

Keep your email to the point.

Talking about your Poodle’s new trick has nothing to do with your game. Just focus on what your video game is about and why the game is important enough for the press to write about it.

There are lots of software tools out there to help you along the way that will help you automate your blog posts and help you keep track of your time spent working. If you think of it, there’s most likely an app or plugin for that.

Most of the tools are reasonably priced or even free. Don’t forget to use Google Calendar to keep you on time and Google Alerts to inform you when people are writing about you and your video game.

Game development is super fun, but it’s also a lot of work and to be successful, you’ll absolutely need to market yourself. So, get on the internet, make a few accounts and start posting!

What’s your favorite way to promote or market your games? Comment below!